Why do components exposed to extreme temperatures have an increased risk of corrosion and failure?

The chemical structure exclusive to... 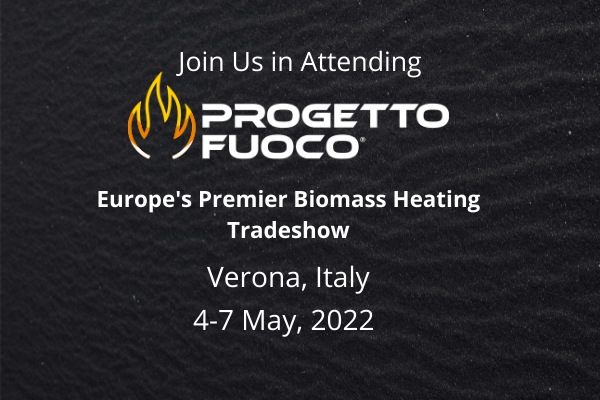 Connect with Stove Bright® In Europe At Progetto Fuoco: May 4-7

Reconnect with The Stove Bright 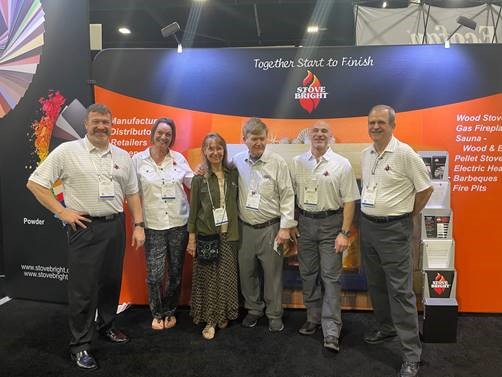 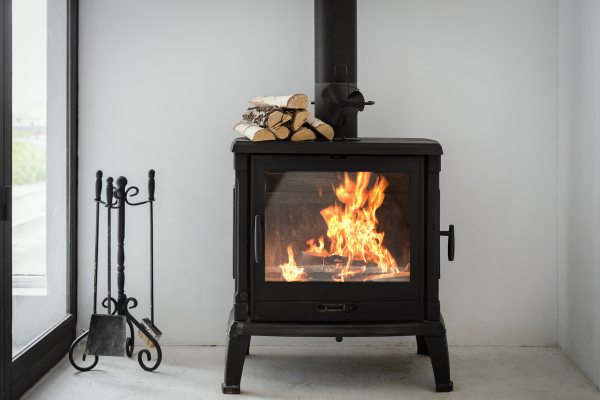 Why do components exposed to extreme temperatures have an increased risk of corrosion and failure?

The chemical structure exclusive to...

Connect with Stove Bright® In Europe At Progetto Fuoco: May 4-7

Reconnect with The Stove Bright

Our Founder's Story: How Scott Forrest Got Started 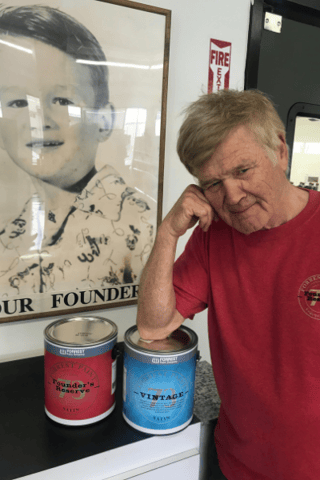 At 25 years old, Scott Forrest bought a paint company in Eugene, Oregon with the help and mentorship of his father, a bootstrap entrepreneur who had been successful in the Oregon lumber industry. He had been working as a Chemical Engineer in the industrial dye and pigment on the East Coast since graduating from Northwestern University in Chicago, IL. He knew nothing about paint at the time.

"I wanted to create a nicer place to work than what I had experienced," Scott has always said about what he hoped for his business, "at my previous job, threats and turnover were expected. I wanted to work for a company where people expected a supportive environment and liked coming to work."

Scott also wanted to start the best technical laboratory for coatings in the Pacific Northwest.

"I wanted to be known as the company who could create products when no one else could or would," he says.

Customer Service Fueled by Coffee and A Datsun Truck 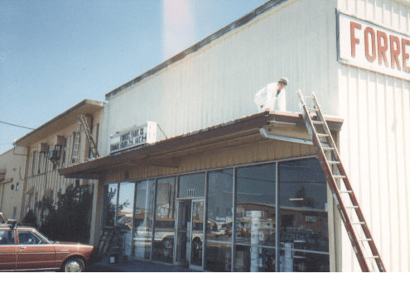 Scott started with a handful of employees who joked they "came with the building," as they had worked for the previous paint company located on the site (Iverson Paint).

Along with his first two employees, Scott established Forrest's reputation as the problem solvers of paint. His first salesman, Mac Little, was a veteran in paint with years of experience cold calling on the lumber mills and manufacturers throughout Oregon. He and Scott peddled paint along Interstate 5 from Washington to the California Border and knew every manufacturer as well as every coffee stop along the route. Their seasoned paint chemist Tom Harlan developed products to meet the challenges Scott and Mac brought back having visited new and existing customers. 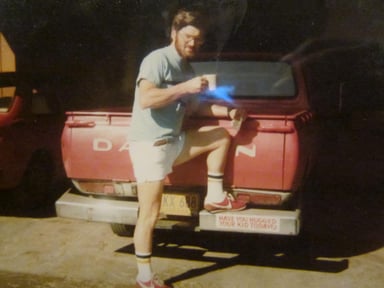 As a team, they could out formulate and beat the big guys on product formulation and service. Scott has more than one story about transporting emergency paint himself in his Datsun truck after receiving a distressed call from a customer in need of an urgent delivery.

One of Scott's favorite stories is about his first and only son at the time, Mark (now President of the company), who at 4 years old insisted on riding along with him on a sales call to Roseburg, about an hour's drive south of Eugene. Within the first 30 minutes of the drive, he had already eaten his brown paper bag lunch of peanut butter and jelly and fell asleep for the rest of the trip.

Finding a Niche in High Temperature Paint with Stove Bright®

In 1979 there were 25 woodstove manufacturers in Oregon and 5 within Forrest's own local county. With their focus on serving local manufacturers, the Forrest team soon established a reputation as a high temperature paint supplier for the regional woodstove industry. One of the manufacturers requested a color other than black to help their woodstove standout in New Orleans at the Hearth, Patio, and Barbeque Association's annual exhibition for the hearth industry. Forrest made them Metallic Brown Stove Bright® High Temperature Paint. It was so much of a hit at the show that the next year the theme of the show was "Glass, Brass, and Colors," and FORREST had developed over 30 new colors for stove manufacturers.

Over the next 3 years, Forrest added customers throughout the US and Canada and soon after in Europe and Australia. Scott personally drove throughout the US to build a customer base one-by-one and trained a growing salesforce trained in high temperature coatings. Stove Bright® High Temperature Paint is now sold around the world to hearth manufacturers and other users of high temperature paint, and FORREST has made a name for itself as being the go-to problem solvers for high temperature.

A Global Family Business in 2021 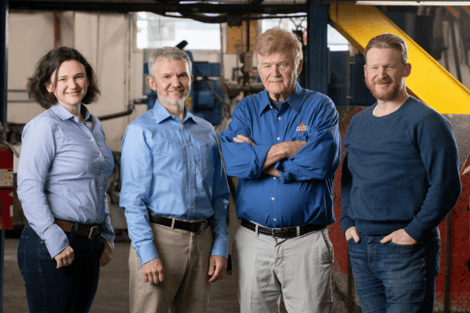 In the last 50 years, Scott and his team expanded the company to include industrial coatings service centers throughout the northwest and customers throughout the US and the world. FORREST remains a family-owned and run company. Scott's son's Mark Forrest (to the left of Scott) is the President of the company, his son Nick Forrest (on the right) is a sales representative for Oregon, and his daughter Kim Forrest is the company's Marketing Director.

Not pictured are the hundreds of FORREST team members past and present who have been key to the company's growth, innovation, problem solving, and success.

"I've succeeded by hiring people smarter than me," Scott likes to humbly say.

These days, Scott can be seen around the plant occassionally and stays in touch with employees past and present. He plays bridge with a group of other retirees from FORREST every Wednesday (during non-COVID times). He also enjoys traveling, practicing his Spanish, playing golf, and poker.

Previous Resource
All Resources
Next Resource

Ready to find the right coating for you?